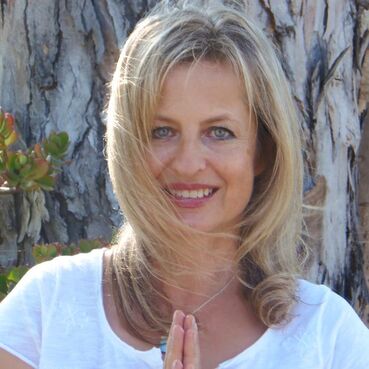 Sünje O’Clancy, MA, E-RYT, RCYT, RPYT
Yoga Rascals founder Sünje O'Clancy has been teaching yoga to students of all ages for over 20 years. Sünje is passionate about bringing yoga’s balanced approach to movement and wellness to children. “I love seeing their smiles when kids connect with the innate joy that comes from moving their bodies in a mindful way. I am deeply grateful for the opportunity to support their wondrous journey through childhood and adolescence by sharing the wisdom of yoga.”
Sünje is the director of Yoga Rascals’ Teacher Training, California's first children’s yoga teacher school to be registered with Yoga Alliance®. She holds a Masters of Arts degree in German Literature with a double minor in Dramatic Arts and Pedagogy from the Ludwig-Maximilians-University of Munich, Germany.
Sünje was a presenter at the UCSD Center for Mindfulness Bridging Conference, and has been featured on the cover of San Diego Magazine. She is the creator of the kids yoga channel Yoga Rascals Club.  Throughout her teaching career Sünje has been inspired by her own two children, who are now in college, as well as the thousands of little yogis she had the pleasure to meet in class. 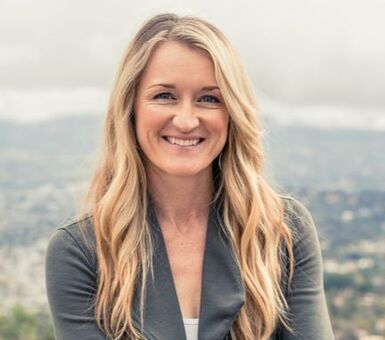 Rose Polak Walters, E-RYT, RCYT
​Rose Polak Walters began practicing yoga at age 20 becoming a certified yoga teacher in 2009. Since then she has taught people of all ages, shapes and sizes throughout San Diego. Participation in the Yoga Rascals Teacher Training affirmed her notion that yoga is much deeper than the asanas (or postures) and that we are capable of opening our body, our mind and our heart more than we may believe. "Teaching children yoga has revealed to me that I don't need to take myself or others too seriously, and that I can simply be present, breathe and enjoy the moment."​ 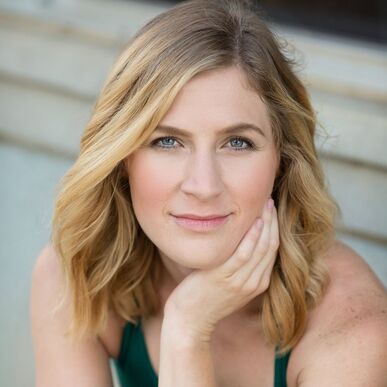 Melanie Williams, BA, RYT, RCYT
​Melanie graduated from Youngstown State University in 2008 with a B.A. in Liberal Studies with focuses in Music and Psychology. Since 2012, Melanie has continuously taught group music, play, dance, yoga, and theatre at several area studios, schools, and companies. Melanie began her personal yoga practice in 2012, and realized the benefits it could have for people if taught at a young age.  Melanie obtained her RYT-200 from Reach Yoga in 2016, and studied with Little Flower Yoga in conjunction with UCSD Center for Mindfulness to obtain her 95-hr children's yoga teacher certificate. She has also taken trainings with Rainbow Kids Yoga, mini yogis, and Mindful Schools. Melanie is excited to be given the opportunity to teach with Yoga Rascals. 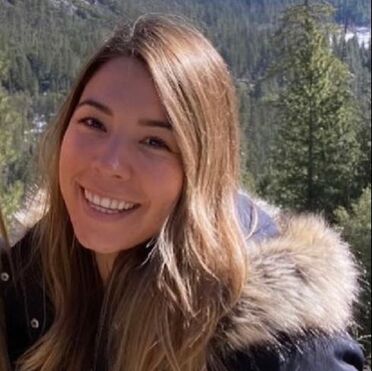 Daniela Calderon, BA, MS, CRC, RYT
Daniela began practicing yoga when she was 16 years old and quickly realized the positive benefits on her mind, body, and emotional wellbeing. Continuing her practice while in college, she successfully completed her Hatha Yoga Teacher Certification in 2015, followed by a 200-Hr. Anusara Yoga Teacher Certification in 2017. Loving the lightheartedness of teaching yoga to children, she obtained her Kids Yoga Teacher Certification with Yoga Rascals in 2020. She enjoys moving and dancing with her students and seeing them smile while having fun.
Daniela has a B.A. in Psychology and Spanish and a Masters in Vocational Rehabilitation Counseling from San Diego State University. In addition to teaching yoga, she currently works with people with disabilities and assists them in their journey towards retraining and gaining employment. 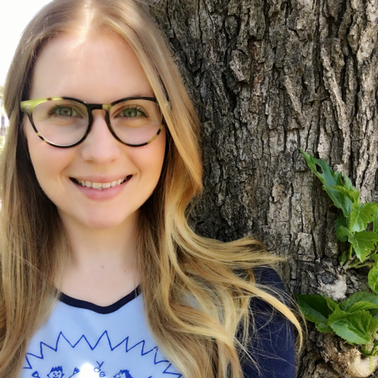 Sarah Grisafi, BA/ECE
​Sarah was born and raised in San Diego and grew up in a very large Italian family. She has always enjoyed working with children since her family was continually growing. " It gives me a glimpse into the future. Children are what makes this world more wonderful."
For the past 11 years Sarah has been a caregiver to children and teens experiencing disabilities. After earning her bachelors degree in Early Childhood Education she became a preschool teacher. She is also certified to teach yoga to children."I am here to help spread peace and bring good energy to the world."
When not teaching preschool or kids yoga she loves to be outdoors, gardening, hiking, and riding bikes. She also greatly enjoys reading, cooking, and spending time with her family and dog. 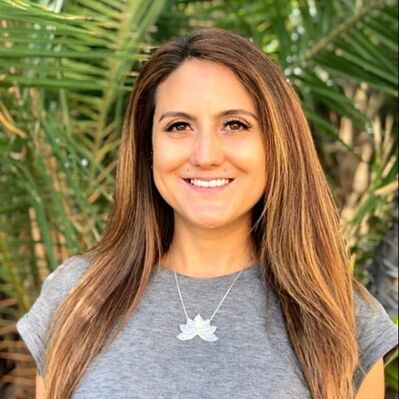 Lindyn Haney, RYT, RCYT
​Lindyn began her yoga journey in her hometown of San Diego in 2011. She is grateful for the peace and bliss yoga has brought to her life ever since. After seeing the benefits of yoga in her own children, Lindyn became passionate about sharing the teachings of yoga with students of all ages. She completed Yoga Rascals’ children’s yoga teacher training to become certified to teach yoga to children. She is also a registered yoga teacher for adults teaching vinyasa classes as well as standup paddle board yoga on the bay.

Lindyn likes to travel, and loves practicing yoga with her two daughters. 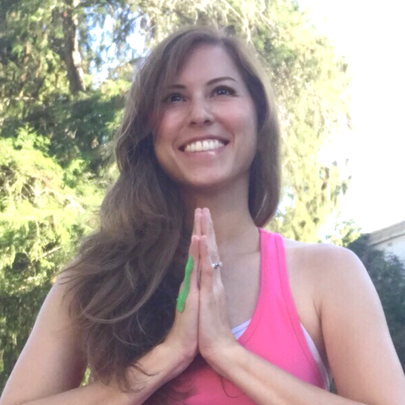 Stephanie LaBue, M.Ed./SPED, RYT, RCYT
​Stephanie is passionate about teaching yoga and life skills to children of all ages.  She has a Masters in Special Education and has been working with children, teens & tweens since 2010. Stephanie completed her 200-hour yoga teacher training for adults in 2015, and received her 95-hour children's yoga certification with Yoga Rascals in 2016. She has been teaching kids yoga in both general ed and special ed classrooms as well as after-school clubs.
Stephanie enjoys teaching themed yoga classes in costumes (ex: Harry Potter), going on adventures, and learning new skills such as breakdancing. 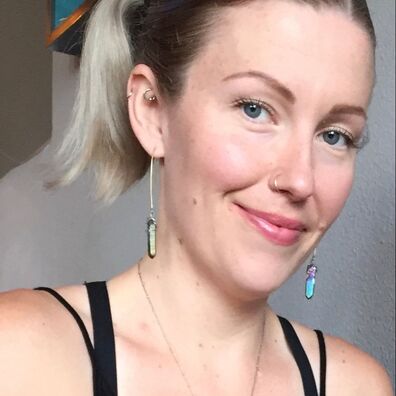 Shauna Hancock, E-RYT, RCYT, YTRx
Shauna’s yoga journey began over a decade ago when she walked into her first Hatha yoga class. Shauna was inspired by her instructor and the instant mind/body connection that had emerged on her mat. Ultimately, this class would ignite a deep passion to become a yoga teacher/therapist.
In 2013 Shauna began her teacher training, and earned her yoga teacher certification. While practicing yoga at home with her daughter, she realized that kids greatly benefit from starting yoga at a young age. She enrolled in Yoga Rascals' teacher training and became certified as a children’s yoga teacher in 2014. Shauna is currently finishing LMU’s Yoga Therapy Rx program to expand her knowledge in the therapeutic aspects of yoga and explore all the benefits this life changing practice has to offer.

Nazdira Cuevas
​Nazdira was raised in a rural area in Jalisco, Mexico, and moved with her family to the U.S.A at the age of 9. Having faced many difficulties as a child, the seed was planted at a young age to find a way to help others.
​Nazdira has worked in all branches of special education within the San Diego Unified School District for the past 18 years. A certified children's yoga teacher, she has been teaching yoga to children in the classroom as well as the community since 2013. With her background in special needs, she is able to bring all children of all abilities together to share a wonderful connecting and uniting yoga experience. She is a mother of two and loves working with and being around children as they have much wisdom to share, and are happy to follow their heart. 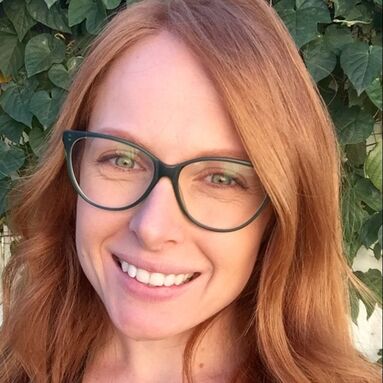 Rachel Grisafi, M.Ed
Rachel Grisafi began practicing yoga in her home, while following along to VHS tapes, as a young teenager. It didn’t take long for her to realize how yoga made her mentally, physically, and emotionally stronger both on and off the mat. More than a decade later, Rachel found her own practice and wanted to share it with others. Rachel is certified, according to Yoga Alliance standards, to teach yoga to children. She is also an elementary school teacher with a Multiple Subject Teaching Credential and a Masters Degree in Multicultural Education. She believes that if all children were given the opportunity to learn yoga and meditation, the world would be a far more peaceful place. 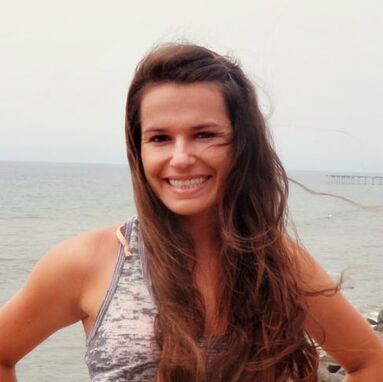 Allison Szakovits, BA, RYT
​It is Allison's deep desire to create positive change in the world that lead her to teach yoga.  After working with many children and families in the helping profession, she has found that yoga helps children just as much as it does with adults!  Allison creates a comfortable atmosphere for children to grow and learn. She sends positive messages through her classes and strives to empower children to shine and be themselves.  She loves seeing the smiles on children's faces after acting out their favorite animals, letting loose, and having a moment of complete relaxation.​​ 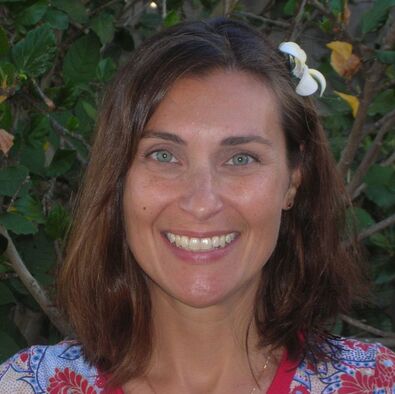 Hannah Lei Prunty, BA, RYT
​Hannah Lei’s educational background includes a B.A. in Visual Arts and K-8 multi-subject/art teaching credentials. She is passionate about art, kids, yoga, and teaching.  She earned her 200 hour yoga certification specializing in gentle and adaptive yoga for adults. She began teaching children's yoga classes after earning her 95 hour children's yoga certification with Yoga Rascals in 2013.  Hannah is a part-time reading support teacher, part-time yoga teacher, as well as a full-time mom.  She loves being in nature and often hikes with her two  children.